More on the CIA director as farmer...

Is this a Yeoman??

ORANGE, Va. --Just like his spies, the CIA director lives a double life. Porter Goss, the head of the nation's leading intelligence agency, moonlights as a farmer at his 575-acre property in the rolling hills of central Virginia, where he raises cattle, sheep and chickens.
He and his wife, Mariel, practice sustainable agriculture: humane farming techniques, no pesticides or chemical fertilizers.

Locals can stop by the Gosses' nearby boutique general store for organically grown tomatoes, raspberries and pears. They can pick up a bag of "Bare Naked" banana nut granola, a woolly lambskin or, if they're lucky, some of Mrs. Goss's famous blackberry preserves.
Goss, who declined to be interviewed for this article, was supposed to retire last January, leaving Congress after representing a Republican district on Florida's West Coast for 16 years. In 1999, he and his wife purchased Retreat Farm, now worth at least $1.3 million, and they own the Village Depot store almost two miles away.

But when President Bush called, Goss put off retirement and became CIA director in September 2004. The Yale graduate from a wealthy Connecticut family now oversees the highly secretive and tumultuous agency as it adapts to the war on terror.
Retreat Farm, Goss says, is his escape.

"This is the opposite of Washington," Goss told Virginia Living magazine in August 2004. "This is nice. This is not cutthroat. This is where people come out to help you."
Open Thursday to Sunday during much of the year, the Village Depot store doubles as a community center, featuring a bulletin board with postings about festivals, nearby yoga classes and other happenings in the Virginia Piedmont.

It's also taking orders for organic Thanksgiving turkeys at the "good neighbor price" of $3.15 a pound -- the same price the store pays.

But perhaps the store is most well known for the farm's homegrown Piedmontese cattle, an Italian breed whose steaks are more tender and less fatty than those typically found at a regular meat market.

They come with special cooking instructions on bright green slips of paper: "LOWER HEAT and LESS TIME are the keys to the perfect Piedmontese. ... Let the meat rest after cooking so that it can retain its wonderful juiciness. ENJOY!"

A congressman at the time, Goss told Virginia Living that the farm brings uncertainty, but has its little rewards: "Like sitting on the porch after a day of work with a glass of ice cold water, watching as the evening settles in, or having breakfast with two fresh eggs you just got from the henhouse.

"You just have a sense that you're doing something that matters, in a small way, but in a significant way," he said. "I think that's good for the human psyche."
Posted by KGT (aka Cagey) at 06:40 No comments: 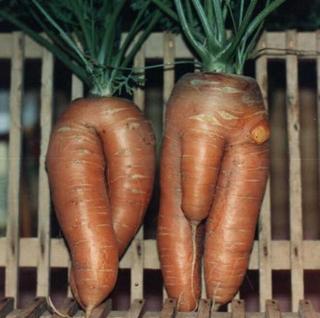 "The day is coming when a single carrot, freshly observed, will set off a revolution." 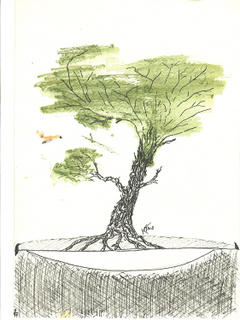 "Find your place on the planet. Dig in, and take responsibility from there."

Wolves in the Northeast? 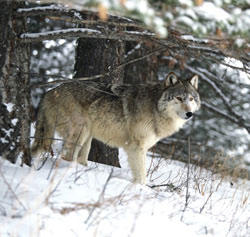 Judge Rules in Favor of Wolves in the Northeast

The National Wildlife Federation reports that more than 100 years after the howl of the last gray wolf echoed through our northeastern forests, efforts to return these animals to the region recently got a boost-thanks to a decision by a federal court judge in Vermont. The decision marked a major victory for the National Wildlife Federation and a coalition of environmental groups, which had challenged a 2003 U.S. Interior Department Wolf Reclassification Rule that had downgraded the status of gray wolves from endangered to threatened in the Lower 48 and had ended recovery planning for wolves in the forests of northern New England and New York.

see http://www.nwf.org/enviroaction/
Posted by KGT (aka Cagey) at 06:45 No comments:

...hunting season is in full swing. Posts may be even more intermittent than usual. Meanwhile, ponder the following, sent to me by none other than my own boss:

"I get up every morning determined both to change the world and to have a hell of a good time. Sometimes this makes planning the day difficult."

The Agricultural Link: How Environmental Deterioration Could Disrupt Economic Progress 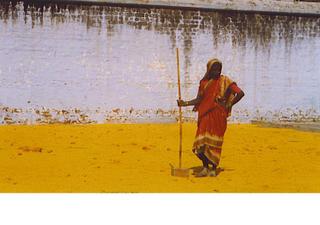 The trends of environmental deterioration are beginning to threaten the security of food supplies. These trends, combined with a shrinking backlog of agricultural technology, are slowing growth in the world grain harvest. Meanwhile, the demand for grain is expanding at a near record rate as 80 million people are added each year and as incomes climb at record rates in Asia, led by China. As demand starts to outrun supply, grain prices are rising. Higher grain prices will not have much effect on the world's affluent, but for the 1.3 billion people who live on a dollar a day or less, rising grain prices quickly become life-threatening. People unable to buy enough food to feed their families are likely to take to the streets. The resulting political instability could effect the earnings of multinational corporations, the performance of stock markets, and the stability of the international monetary system. At that point, the problem of the poor would become everyone's problem. Securing future food supplies now goes far beyond ministries of agriculture, involving family planners as well as farmers. Decisions made in ministries of energy that affect climate stability may have a greater effect on food security than those made in ministries of agriculture. The steps needed to secure future food supplies, including stabilizing population and climate, are precisely the same as those needed to move the world economy onto an environmentally sustainable path.

Animal-activist group Farm Sanctuary has released a report on the state of U.S. farm-animal-welfare standards.