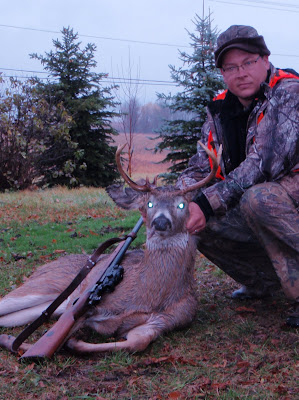 An interesting 11 point buck. Just under 13 inch inside spread. My thought was that I had shot a 2 1/2 year old male who had some antler issues...he passed the 4 points on a side test, but turns out that, after DEC aging, he is only a 1 & 1/2 year old male! Shame...he would have been incredible as a 3 & 1/2. Still, a gift on a tough rainy opener, and memorable.

He will be tender and tasty. 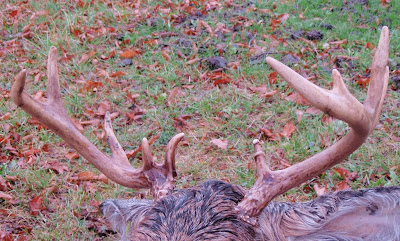 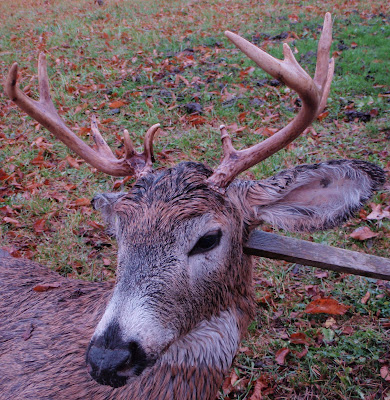 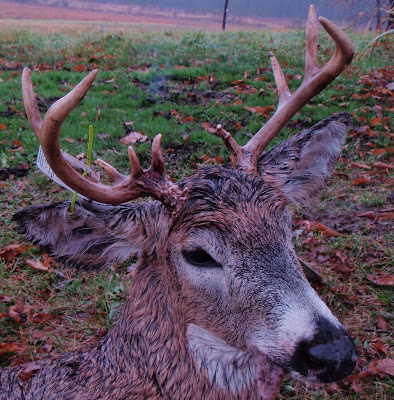 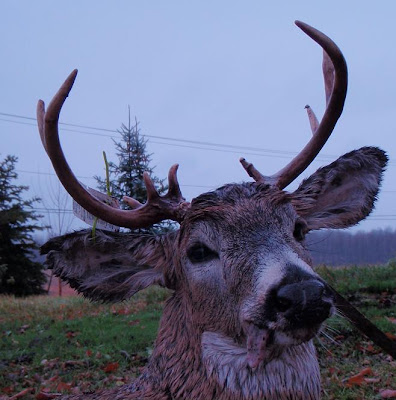 We are officially "Bear Territory" now...

The new regulations are effective immediately and will allow hunters to pursue bears in these areas during the bowhunting, regular, and muzzleloading bear seasons in the Southern Zone. An updated map of New York's bear hunting seasons is available on DEC's Black Bear Hunting Seasons web page. A map and boundary descriptions of WMU locations can be found on DEC's Wildlife Management Units web page. Details of the specific changes for the Southern Bear Range are included in the complete press release on this topic.

Bear hunting areas in the Southern Zone have been expanded to better manage the growing bear population in that area.

"In recent years, the bear population in central and western New York has grown in number and expanded in distribution," DEC Commissioner Pete Grannis said. "Hunting is an important component of a comprehensive bear-management program that also emphasizes safety, education efforts and responses to individual problem bears. Expanding the bear hunting area is a continuation of efforts to manage bear population growth and range expansion."